HHS does not endorse any fundraising

activities for the foundation.

Opioid-related mortality in the United States has increased at an alarming rate during the last two decades because of both suicide and unintentional overdose, posing a major public health concern. The combined number of opioid-related suicides and overdoses almost tripled from 2000 to 2017 (going from 41,364 to 110,749. In Washington, an estimated 63% of drug overdose deaths involved opioids in 2018‒a total of 737. In June 2019, Community Health Worker Coalition for Migrants and Refugees (CHWCMR) received a PHS Commissioned Officers Foundation for the Advancement of Public Health (COF) Barclay-Giel Seed Grant award to develop a curriculum to address the opioid crisis in two communities with the high rates of opioid overdoses in WA state.

The overall goal of our curriculum was to inform our communities about the issue and how to respond in case of an overdose event by increasing awareness in Yakima and Pierce Counties.

As a result of this the COF grant, a total of 52 participants attended two workshops, including the Yakima Opioid consortium. In general, the demographic characteristics of the participants included 75% women, ages 19-83 with an average of 47 years of age. Fifty percent lived in an apartment and 3% in trailer. There were 24 participants born in Mexico and 19 in the USA. The level of education ranged between no formal education to doctoral degree, with 36% having some college experience.

The results of the evaluation indicated only 25% of participants had received some information about opioids before the workshop and 28% had a relative who suffered from opioid abuse. After the workshop, all participants increased knowledge and awareness relating to the use of and consequences of opioid use, overdose crisis and the use of naloxone for opioid overdoses. Recognition of the signs of a person experiencing an overdose increased from 64% at the beginning of the workshop to 77% at the end. Almost 99% feel that they will be confident to recognize a person who overdoses and call 911.

As result of workshops, the Eastern Washington Opioid Consortium was consolidated to enhance prevention, education and treatment efforts to better address opioid use disorders and promote community wellness, particularly for underserved populations. We also conducted two conferences and posted the videos online at http://www.kdna.org/opioid-conference-videos/. CHWCMR also participated in more than 10 radio interviews regarding the importance of being trained to save lives and increase awareness of opioids. 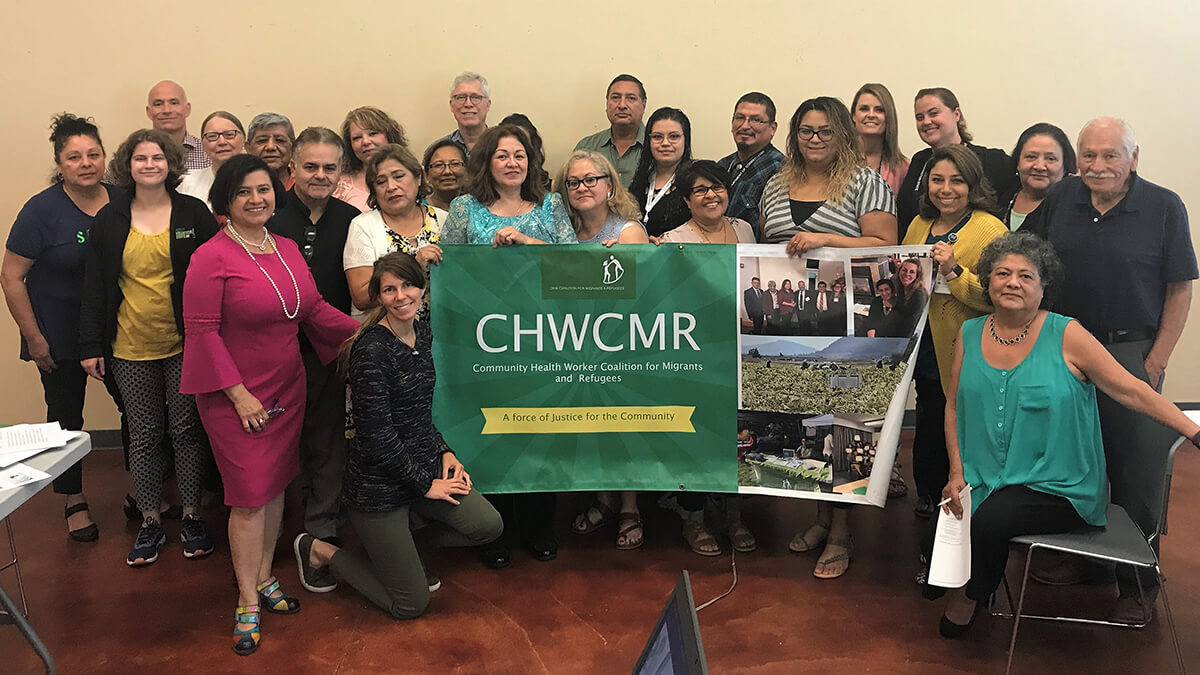 Attendees of the CHWCMR conference in Granger, WA